Starting a new career later in life? Here’s how you thrive! 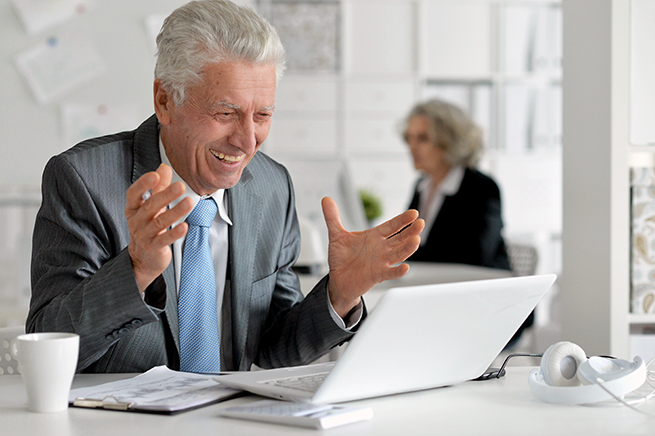 Career change is often one of the scariest prospects for any worker, and that stress is magnified when you’re faced with this decision later in your working life. You’ve dedicated all your time and talent to a certain job or industry for decades and, now, there’s nothing there for you. What do you do?

Recently, I met a leader, who I’ll call “Frank,” who is absolutely making the most of his “second career.” Listening to how he approaches his work, every day, the “secret” of his successful leadership became clear. Later, when I talked with Frank’s supervisor, I learned even more about how this man is thriving in his new career.

After a successful career in various public service jobs, the man, who I’ll call “Frank,” thought he might spend some time at home for a while, relax a bit. That didn’t last too long. Frank is wired to inspire, and he felt listless at home, in the way. Just looking for something to do, he took a job in a local manufacturing business.

The job was something entirely different than he was accustomed to. It’s a big jump from the routines, strict protocols and layered bureaucracy of government service work to the fast-moving, innovative world of commercial manufacturing. All the success metrics were shifted, so Frank fell back on a personal philosophy that has served him well all his life: earn trust by owning your work and inspire others to do the same.

To earn trust, Frank took personal ownership of his role in the success of the company by helping out wherever he could.

He did his job to the best of his ability. It was new, so of course he made some mistakes. He owned up, made it right and learned. Beyond the scope of his own duties, if it needed picked up or put away, Frank picked it up or put it away. If a coworker was struggling, Frank stepped in and helped finish the task. He never complained that the work was beneath him, never reminded people of his past successes and didn’t care who got the credit.

Frank wasn’t looking for advancement or accolades. He’d been there and done that. Besides, this job and this industry were totally new to him. He knew his coworkers and his bosses – even the ones young enough to be his kids – understood the business better than he did, so he never let what he was accustomed to get in the way of their perspective.

Frank chose to be open to new ideas and new ways of thinking. It was tough, since so much of his previous work depended on deeply ingrained training. Still, Frank recognized the different dynamics between those industries and did his best to work within the new system rather than forcing others into his way of thinking.

Over time, these choices began to set Frank apart. Upper management appreciated his willingness to step in, to lead by doing, while rarely, if ever, complaining about How Things Were Done. About two years after Frank came on board, a senior manager at the company retired. The position wasn’t technical, so industry knowledge was not as important. What the position did require was someone who could inspire others to step up, to take personal responsibility to perform at a higher level. These were traits Frank had been exemplifying since day one. He exuded leadership through service, and he excelled at inspiring this mindset in others.

When the big bosses brought Frank in and offered him the position, he initially balked. He wasn’t here to climb any ladders or run any shows. The bosses persisted: this position would help him be more effective doing what he was already doing. He would have the opportunity to help every employee in the company and make the entire business a better place to work. Was he interested? And there it was, Frank’s bread and butter. Help people. Make things better.

When it was put that way, there was really only one answer Frank had: “When do I start?” The bosses laughed, “Frank, you started two years ago. Now we get to publicly acknowledge it.”

He was faced with a new situation in a new industry and a workflow protocol different than anything to which he was accustomed. Frank could have balked or let his inexperience in this environment create problems for both him and his coworkers. Instead, he embraced the new opportunity and brought his enthusiasm and commitment to work with him every day.

It was these choices that made Frank an inspiring leader. He might have let fear of a new system or unfamiliar expectations derail him, and he may have allowed the loss of respect and recognition he enjoyed at his last job hold him back. Not Frank, though. He chose to do the best he could with what he had while he invested the time and energy to learn something new. Not always easy, yet the benefits are simple to calculate: every day, nearly 300 people have a better, more productive day at work because of Frank’s leadership.

How will your choices, where you are right now, doing what you’re doing right now, improve the lives and work of yourself and those around you? Do you know a “Frank” who deserves some credit? Give him a shout out in the comments.