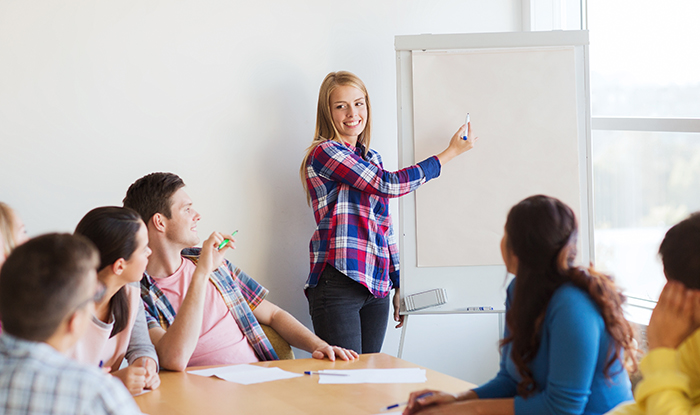 Ask most people how to earn trust and expect to hear something along the lines of “keep your word…” or “live up to expectations…” While these are important aspects of building trust in any relationship, these are not the only ways to earn and maintain trust.

Consider, when people talk about politicians, they tend to express general distrust. Congress, according to Gallup has an 11 percent approval rating. Even adjusting for the margin of error inherent in any polling, that’s dreadfully low.

Re-election rates tell a different story. One of the lowest re-election rates for U.S. Representatives in a generation happened in 2010, and that was 85%. Most cycles, it’s in the 90’s, including 97% in 2016, when all 435 seats were up for re-election. Senate races tend to have more turnover, but those re-election rates are still in the 80’s and 90’s.

How does this make any sense? It doesn’t … based on the conventional understanding of how people earn trust. However, when you look at why people really offer or withhold trust, these numbers begin to make more sense.

While voters often express discontent when asked specific questions on a poll, attend a political rally or a town hall meeting, the mood is something entirely different. Ask those folks why they support a specific representative, and they often cite how well they connect, or how well they “understand the issues that matter most to me.”

Understanding is fundamental to leadership, because trust is a transaction, not a reaction.

We often talk about trust as if it’s a result of something said or done that causes more or less belief in a person or idea. However, if we consider why we offer or withhold trust, it tends to have more to do with how connected we feel to that individual or idea. When we realize this, we begin to understand why trust is not really about making promises or giving people things. It’s about adding value.

A similar dynamic exists in entertainment, whether we’re talking about sports teams or favorite bands or TV shows. Sports fans will invest significant time, effort and money supporting “their team” year in and year out, only to end up disappointed at the end of most seasons. Then, somewhere along the line, the team asks local fans to pay higher ticket prices or to fund a new stadium. Fans might complain, but they keep coming back. Why? Because the team invests heavily in their fans, offering hope, camaraderie and good entertainment value.

Everyone knows what it feels like to be a longtime fan of a particular musical act. Year after year, record after record, concert after concert, they speak directly to your soul. Then, out of nowhere, they release a dreadful mess of an album that “some people” apparently “love” but does nothing at all for you. There’s a sense of betrayal in that, though it’s tempered by all those other special moments and spot on connections. So, you crank up an older record and your faith is restored.

Building value as a leader

This value dynamic also works in leadership. When we genuinely seek to understand people, we initiate a trust relationship. There is a significant distinction between this sort of trust and the kind that depends on delivering on promises. In one scenario, the trust relationship is conditional, based on results delivered by one side of the relationship. In the value-based version, a mutually beneficial relationship develops that encourages both parties to invest in each other.

As a result, each person in that relationship begins to better understand the other. When we better understand the people we lead, we are better equipped to be a more authentic source of encouragement and resources that will maximize their strengths, to help them be the best version of themselves.

Mutual understanding is the best place to start building value and trust. The next step is to commit to transparency. Because trust is a transactional relationship, both parties work to be willing to be open and transparent. It’s about sharing, not protecting or holding back. There are few freedoms greater than the opportunity to be fully transparent in any relationship. When you attach purposeful value-adding to transparency, you gift each other a relationship that accepts and understands mistakes and shortcomings while remaining committed to focusing on positive enrichment of each other.

This kind of mutually enriching relationship encourages team members to better understand — and trust — the intentions, decisions and motivations of their leadership, strengthening that relationship and increasing mutual trust.

Even when we see the promise of adding value and building trust, fears can hinder us from making this shift. Next time we will look at several specific fears that hinder authenticity and transparency and how to overcome them.

Learn how to communicate in a more connective way and how to make your virtual connections more meaningful at Live2Lead 2020.