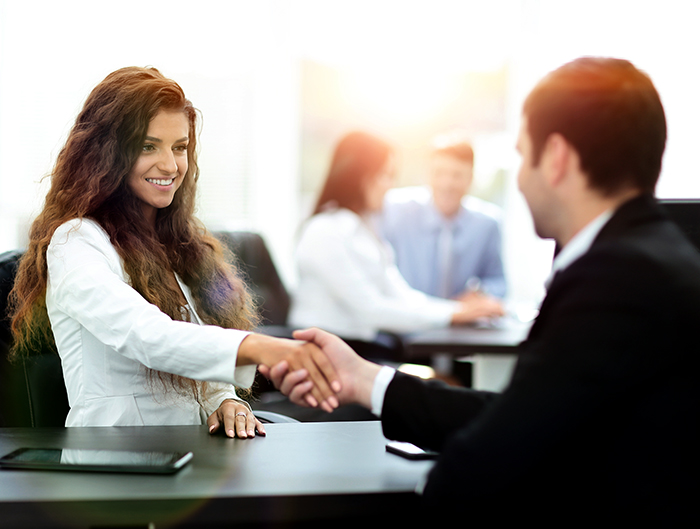 In our last blog, we talked with ‘Jimmy,’ who shared an incredible onboarding experience with us. Jimmy had been let go without any warning when his previous employer closed up shop, leaving him desperate for new work and feeling very out of place. He ended up getting hired by another company, in an onboarding process that hit so many right marks, we wanted to follow up with that company to learn more about their hiring process. We spoke with ‘Seth’, the hiring manager, about his process, and about what made Jimmy a good fit.

Here’s what Seth had to say:

“We work hard to build a very specific culture here, one where everyone is encouraged to take initiative and personal responsibility, and to treat each other well. We know there will be disagreements and personality conflicts at times, we understand that. My goal is to help people resolve those in a positive way. For me, that begins with who and how we hire…

“One of the things that impressed me most about Jimmy is the questions he asked during the interview. I know he came in a little off balance. He thought he was just dropping off a resume, but I asked him to come back to talk with me for a little bit. That’s why we ask that people come in to drop off their resume in person. I want to see how they react when they are not so ‘prepared’ for The Interview. When they’re more real and open, not so rehearsed.

“I want to see how they react when they are not so ‘prepared’ for The Interview.”

“For us, how people fit with our culture is more important than what they will be doing. Skill is important, especially in specific roles, but we can train people up, as long as they have the right attitude. I’ve hired people before who were, by all accounts, great technicians… but they were bad with people. There are places that are a good fit for people who just want to clock in, be left alone to do their job, clock out, and go home. That’s not us. We work too closely together, communication is too important to our process, for that to work.

“We also believe very strongly in nurturing a positive work environment. People are free to speak up if there’s an issue, a concern or a problem, but conflicts and struggles are resolved early and kindly, before they have time to fester.

“That’s why one of my first onboarding questions is to ask a potential new hire to describe a recent conflict they had and how they resolved it. That question is almost always followed by an uncomfortable silence. People are afraid of being judged, of losing the job right there… I get that. So, I just wait, quietly, for them to begin their story.

“That exchange sets the tone for the rest of our relationship. When I listen without judging, express empathy and gratitude for their honesty, that begins establishing trust.

“If we don’t have trust, it doesn’t matter how ‘open’ my door is. People won’t walk through it.”

“I was impressed with how Jimmy answered the conflict question, talking about how he processed being let go from his previous job without warning, how he talked it through with his wife, both of them, as he said, ‘freaking out’ a little… and who can blame them?

“I was also impressed with some of the questions Jimmy asked me about the open position. It was that, as much as anything else, that earned him the job.”

What Jimmy asked that got him hired

“During our conversation, Jim asked about the job, what he would be doing, those sorts of things, but then he asked me some questions that, as a hiring manager, landed really well, and made a great impression. Here are a few that struck me. I’m sharing them because I think they’re the kinds of questions everyone should ask in interview…

“What will I be responsible for on a daily basis?”

“This is an interesting question, because it sounds like he’s asking about job skills, but he’s really asking about scope. ‘What will be expected of me?’ It’s next-level thinking that shows his head is already focused on my expectations, not just on his paycheck.”

“Why are those tasks important to the process?”

“A lot of people come into a job so laser-focused on what they will be doing, they don’t think enough about where they fit in the process. That leads to poor decisions. When Jimmy asked this question, it became apparent to me he was thinking beyond his job to how it affected others. He was looking for meaning in his work, not just a J-O-B.”

“Which teams or departments will I be working with most?”

“This is what I call ‘leadership thinking.’ Leaders don’t just focus on the task at hand, they consider the bigger picture. We want that kind of thinking here for a lot of reasons. One, because it insures everyone on the team is working with other team members in mind. Plus, if there’s an issue, and we need someone to step in and help, they are more likely to do that if they’re familiar with what other people are doing.

“The big takeaway here is that all three of those questions are not about him, they’re really about the team as a whole and his place in it. That tells me he’s a guy who’s not ‘in it for me,’ that he’s considering how who he is and what he does helps or hinders other people. Jimmy was qualified, and he was also conscientious. That’s a character trait we don’t always see, but I always appreciate.”

What are your thoughts on Seth’s approach, or on Jimmy’s questions? Are there any questions you love asking or hearing in an interview?