The difference on day one 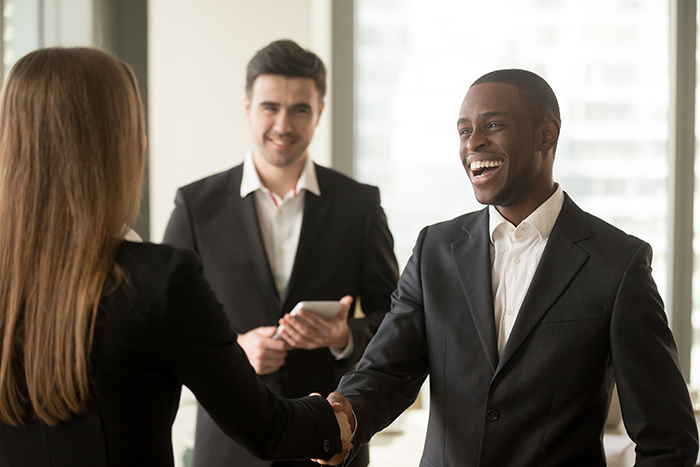 I invest a lot of my time working with leaders to develop teams. I love that aspect of what I do. Working with people, sharing time and having conversations that make us all better is one of the most beautiful and rewarding opportunities I have. I get to be there when people “get it,” when the light flashes on, and they teach themselves something that changes their life.

I hear stories from leaders at every level of organizations in many different businesses and nonprofit organizations. Challenges overcome, victories celebrated and stories of how people are stuck… I am constantly amazed at how much we learn together. I’d like to share one of those stories with you…

Recently, I heard from a young man who was celebrating his one-year anniversary at what was, to him, still a “new job.” He had walked in cold 12 months ago, having no experience in that industry, and desperately needed something new. I’ll let Jimmy take it from here:

“We knew the industry was struggling. My wife and I talked about it, you know, as a hypothetical: too much competition, and larger businesses were coming into the market, starving out the ‘little guys’. But the company had been in the community for two generations. I had been working for that outfit for about four years, and I was beginning to feel secure. My wife and I bought a home, and we had just celebrated the birth of our second child, when ‘IT’ happened…

“In this type of work, we would get calls or texts on Sunday night giving us the address of the place we would be working in the morning. Might be commercial. Might be residential. Might be a day job. Might be the first day of a month-long project. For nearly four years, every Sunday, or Monday by 7 AM at the latest, that message would come in, and I would get the gear I needed for that job…

“One morning, that call never came. 7AM, 8AM … and I’m getting worried. Once 9AM came and went without a call, I phoned my boss, thinking maybe he’d been in an accident or there was some other emergency. Turns out, there was just no work on the schedule… and, he said, there wouldn’t be any for a while. ‘Might want to look around,’ he said, and hung up.

“Did I mention I’d just bought a house? Yeah, I panicked. I had started this job after bouncing from job to job for a few years after high school. I had developed a variety of skills, but nothing that looked consistent on a resume.

“After a few minutes of freaking out, I took a deep breath and jumped online. I submitted my ‘resume,’ such as it was, posted on all the job sites and then got on social media, telling everyone I was looking for work. A few hours later, there was a message in my inbox from a friend. She told me there was a business in the next town over hiring several positions. It was a larger ‘small’ business with admin, manufacturing and warehousing on site. ‘It’s a great company,’ she said, ‘Really good people.’

“I looked up the company and the application process, armed with only a first name of a guy my friend’s friend knew over there: Seth. He, according to company website, was the VP of Human Resources and, apparently, the hiring manager. I clicked on ‘Join Our Team’ and discovered something interesting: ‘We love to hire local. While it’s okay if you email your resume, we would appreciate it if you dropped it off in person.’

So, off I went, wearing my only tie with one of three collared shirts I owned that still fit me and my cousin’s sport coat. I walked into the office, resume in hand, and introduced myself to the receptionist. I expect to drop off the resume and head out. Instead, she invited me to take a seat for a moment.

“Five minutes passed… I heard my name being called, and not by the receptionist. I look up and there’s Seth, who I recognized from his company photo on the website. We exchange names, and he thanks me for dropping by with my resume. I figure he’s about to say, ‘We’ll call you…’ but nope, I get: ‘Do you have a few minutes to talk now?’

“Well, since my only ‘plan’ at the moment was to leave there and drown my sorrows in chicken and waffles, yes, I did have a few minutes…

“Seth led me back to the office making small talk about family, interests, previous work… Once we sat down, he asked me a few questions I’d never expected in an interview. Stuff about how I dealt with people outside of work, what I like most about my wife, and to tell him about a problem I’d managed recently. Other than losing my job and the new baby, the only challenge I’d had recently was installing a new garbage disposal… So, there I was, ten minutes into my interview, telling Seth about barely fitting under the sink and dropping the new disposal on my chest because I mis-threaded the clamp. Suddenly, we’re both laughing… Without a doubt, this is the most comfortable I’ve ever been in an interview. I felt like a person, not a piece of meat, you know what I mean?

Other than losing my job and the new baby, the only challenge I’d had recently was installing a new garbage disposal…

Later, Seth asked me a few questions about why I was interested in the open positions — there were two: inventory management and safety officer — as well as what interested me about the company. I started to fumble through the typical answers you give to those kinds of questions when I stopped and, without really thinking about it, blurted out: ‘I really like that you ask people to bring in their resumes. I feel like it puts emphasis on individual people, rather than just on interchangeable job skills.’

“Seth stopped and leaned back in his chair just kind of looking at me. It felt like ten minutes went by, but I’m sure it was only a few seconds. It was enough time for me to decide I’d totally blown it. Then, Seth smiled. ‘Jim, how would you like to work with us in inventory and quality control?’

“I was definitely interested, so I asked about the job requirements. Seth gave me the rundown. Some aspects of the job would require training and further certification, which they would provide…

“The rest of the interview passed in a bit of a fog. The last thing I remember is Seth saying: ‘Enjoy the rest of the week with your family. See you Monday.’

“I walked in cold, no clue how to do the job I was hired to do. I knew customer service, I knew how to show up on time, and I knew how to arrive with a smile on my face, my proverbial sleeves rolled up, ready to get to work. But that was it… I walked in the office that first day ten minutes early, wearing my second of three collared shirts and my best smile. I’m certain I looked terrified, but I hoped it didn’t show too much.

“Seth was standing in the lobby, waiting for me. Other than the receptionist, he was the only person in the company I knew, and there he was, offering a smile of greeting and a welcoming handshake. ‘Hey, Jim. Welcome. Want some coffee, maybe a bottle of water?’ My stomach was in knots, so no coffee, but water sounded good.

“Seth walked me around to every department in the building — there were about 300 employees, and I met nearly everyone. As we talked, he explained not only what each department did, but how they all worked together. His approach taught me not only what ‘we’ did, but also helped me connect faces and names with who did what. I immediately felt less out of place, less of a stranger.

His approach helped me connect…

“Each department head greeted me warmly. Seth told them who I was, and what I would be doing. What I found curious — and this didn’t hit me until about the third time — is the phrasing he used. It wasn’t, ‘hey, this is Jim, and he’s going to be doing inventory’ It was, ‘Hey, Barb, this is Jim. He’s going to be helping us with inventory and quality control. If you’re wondering what we have or where we have it, he’s the man to see.’ Seth’s language was specific and inclusive. In five seconds, he had made me feel an integral part of things, giving me permission to take real ownership of my job. No… that’s not right. He was expressing his expectation that I would take real ownership of my job. After many years of feeling like an anonymous cog in a wheel, I can’t tell you how good it felt.

“Now, a year in, I’m loving this job. Not just because of the work, which is interesting, but because everyone here — and I mean everyone — seems to be here for the right reasons. There’s conflict, sure, because people, right? But things have a way of working themselves out, and it’s clear to me that my incredible first day didn’t happen by accident.

“From the owners on down, everyone here is intentional about creating an environment where every employee feels an important part of the team, where they feel real responsibility and pride in their work. I mean, we’re making and selling industrial products, not curing cancer… but I’ve never felt more fulfilled and appreciated… For me, that started on day one… but it’s something we do here every day.”