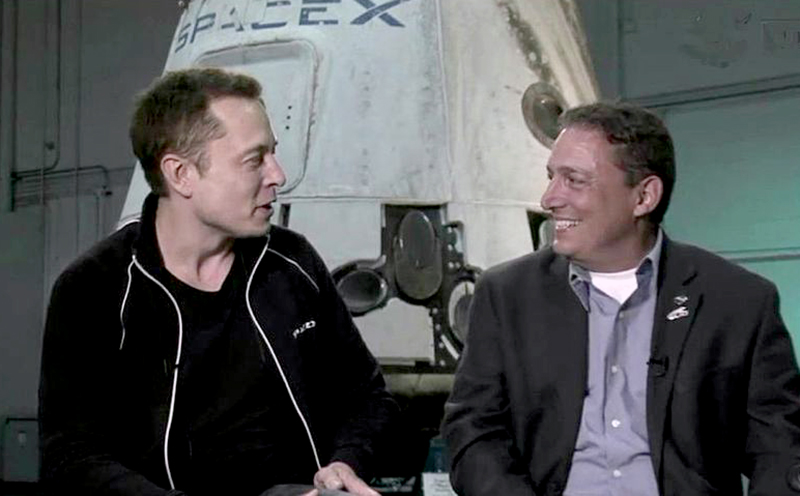 When we’re considering a vision or looking ahead at a goal, how can we know if it will be “good,” or it will be “transformational?” What makes the difference? What pushes us over the tipping point from being effective managers to becoming inspiring leaders? How do we become transformational?

While there are several aspects of this to consider, transformational vision begins with what we see.

Transformational leaders not only see “differently,” they see better. Better solutions, better systems, better ways of thinking. As what they “see” becomes what “is,” people, systems, markets and environments are transformed.

This may sound incredible — and it is — however, transformational vision is not a superpower. It’s something that every leader may learn and pass along to those around them.

Vision is not something one can just pick up anywhere or will into being. True vision involves seeing better ways, better solutions, and better methods. When Jeff Bezos saw a “better way” to sell books, many scoffed. ‘What did we need Amazon for anyway?’ they said. After all, we had countless small bookstores that, if they didn’t have it, would order anything we wanted. Then came several huge big box booksellers with multiple copies of thousands of titles stacked to the ceiling in massive warehouse stores with comfy chairs and coffee shops right on site. It was bibliophile heaven. There was just no need for online book sales… That’s what ‘they’ said. Bezos wasn’t listening, because he and his team were busy building a vision. We all know how that’s turning out. Amazon’s sales were less than $7 billion in 2004. In 2017, they were nearly $178 billion.

Bezos and his team didn’t reinvent mail order. They just redesigned it based on an innovative, contagious vision. Along the way, the Amazon team invented methods, protocols and technology to solve problems and make their system work better internally and externally. Today, that vision is eclipsing massive household names, brands that invented mail order and helped build the American consumer economy.

It’s wonderful to see an incredible result far into the future. That’s vision, and it’s undeniably great, yet it may not be transformational. The kind of vision that transforms people and creates shifts in industries is understood and communicated incrementally. Transformational leaders see the steps they need to take and to inspire in order to reach the grand vision.

Those who understand the steps necessary, are better able to inspire others to make the incremental shifts necessary accomplish the ultimate goal. Billionaire innovator Elon Musk offers two distinct examples of incremental vision leading to a grand result.

When Musk and his team wanted to create a viable electric car for every American garage, there were several steps necessary to get there. First, they needed to develop a better battery and power system, then they needed to prove they could make a car that was competitive at some consumer level. Because of the cost, they started with a higher-end, more exclusive automobile. Through that process, they grew closer to two spectacular goals: affordable fully-electric cars for the middle class, as well as fully-electric transport for trucking companies.

With SpaceX, Musk and his team offered a similar example of incremental vision in a very different way. For decades, private space flight was considered impractical if not impossible, due to the expense. SpaceX wanted to pioneer consumer space flight, so they had to overcome the cost barrier. Their solution involved another “improbable” goal: reusable rockets. Many believe it could not be done… at least not yet. SpaceX ignored the naysayers, effectively demonstrating the plausibility of reusing rockets, and the contracts started pouring in… making consumer space flight a real possibility when, a decade ago, it was largely considered science fiction.

Transformational leaders are not afraid to reshape the “Big Picture” or the ultimate goal as they go along. New opportunities, shifts in consumer tastes or countless other outside factors may influence the path to the ultimate goal. Transformational leaders know how to use these circumstantial or market changes to better position their process for greater success. They are not so committed to a specific version of their long-term goal that they ignore opportunities to make it better.

That means transformational leaders are excited about getting input and hearing new ideas from their team. When Richard Branson was looking for someone to take over Virgin Express in Europe, he asked Brett Godfrey if he wanted the job. Instead of taking that job, Godfrey suggested a new line of business for Virgin Australia. Branson hadn’t been looking for that when he contacted Godfrey, but he took the time to listen… Today, Branson and Godfrey have partnered on the Australia project, as well as several other incredible successes.

The takeaway here? Transformational vision is not just about seeing something grand and exciting down the road. It’s about seeing both the Big Picture and the incremental steps in a better, clearer way, while being receptive to ideas and input from trusted team members.

However, “seeing” is just one aspect of creating and sharing a transformational vision. In our next blog, we will explore how transformational leaders share their vision in an effective, contagious way.