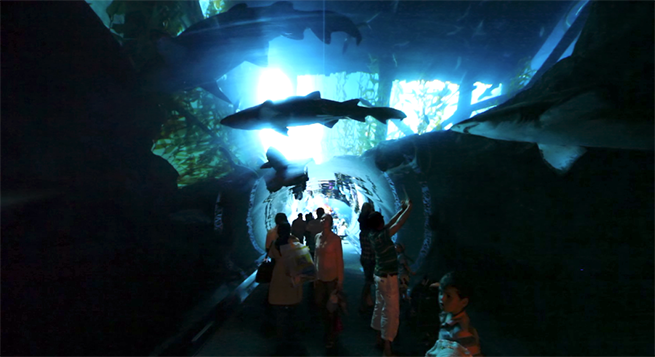 In our last blog, we answered a question about the importance of having a Personal Growth Plan. A common follow up question I’ve encountered is “Can you still be successful if you don’t have a plan?”

While it’s possible to be successful without a Personal Growth Plan, that success will be limited by our own capacity. If we continue to succeed, we will eventually grow beyond that capacity. When that happens, we bounce off the limits of our leadership lid, while our business careens out of control. This is why “success” often kills as many businesses as failure.

I was reminded of this the other day while watching the ABC show Shark Tank. You’ve probably seen the show. Successful business tycoons decide whether or not to invest in various new business ideas. It’s an interesting show with drama to spare. Many times, your heart goes out to the people making the pitches, especially when they’re confronted by the questions they didn’t think to ask.

In the show I watched recently, a woman came in with what all the sharks agreed was a tremendous retail concept. She had done well with a smaller location, so she closed that location and moved to a bigger storefront. Unfortunately, her sales did not appreciably improve.

One of the first questions the sharks asked was: “Why did you move?”

The business owner said she liked the new location better, and she wanted more capacity to do more business. Then came the dagger question: “What did you do to increase your sales as you increased your square footage?”

The entrepreneur said she really hadn’t figured that out yet. Now, it’s important to note here that, in the retail business, profit per square foot is the name of the game. When one of the sharks pointed that out, the business owner nodded, saying, of course she knew that.

So, out came the dagger again. “If you knew that, and you were killing it at the previous location, why did you move without a plan to maintain your per-square profit in the larger space?”

The leader froze, and the silence stretched. Finally, she admitted moving because she wanted to be in that new location. It wasn’t a business move. It was a personal preference. She knew she may not make much more money, but she liked it better where she was. That decision had effectively cut her per-square profit by more than half. But, she argued, she believed she could do better.

Fair enough, the sharks said. Followed, one by one, with “I’m out.”

The business owner looked confused. She had a great concept, everyone liked and she was selling well. She had a “great” location, and she was turning a profit. What was happening here? Credit to her, she got over her shock and disappointment fast enough to ask the right question:

“I have a great product you all said you liked. Good sales and a ton of upside… What’s missing?”

The sharks, with their trademark brand of brutally compassionate honesty, laid it out for her:

Instead of planning for growth, she was making choices based on personal feelings. She knew that, admitted it, and said she was going to keep doing things that way, because that’s how she wanted to do things.

The sharks explained: There was no plan guiding the business. Only the owner’s personal preferences. Nothing wrong with that, per se … However, those sharks are looking for businesses that will scale based on their investment. Good business plans and healthy cash flows, because they want their investment to grow. Without the capacity to grow, they don’t want any part of it … even if they love the product or the idea.

The same may be said for people looking to come alongside a vision. When we want to recruit the best people to help us build our vision, we need to understand what they are looking for:

As leaders, when we don’t offer that, or when our choices put limits on those employee needs, they will move on, looking for a place where they are less limited.

This is why high employee turnover is a solid indicator of a leader who is trying to lead beyond their capacity. The leader may not realize why their best people won’t stay… If you ask the people who left, the answer will be something along the lines of “I felt bored … stagnate … I was spinning my wheels … There just wasn’t anything for me there… and I don’t agree with the way things are being done…”

In Shark Tank, the owner didn’t see that, when she moved to the larger space without a plan to take full advantage of that space, she was, literally, decreasing the value of her work. In the same way, when a leader stops growing, they devalue the contributions of the people supporting their vision.

“If you don’t design your own life plan, chances are you’ll fall into someone else’s plan. And guess what they have planned for you? Not much.” – Jim Rohn

When we don’t grow, our people can’t grow … and our enterprises won’t grow. So, back to the original question: What happens when we operate without a personal growth plan? The answer? Not much.