Hey Trish? What if I’m a better leader than my boss? 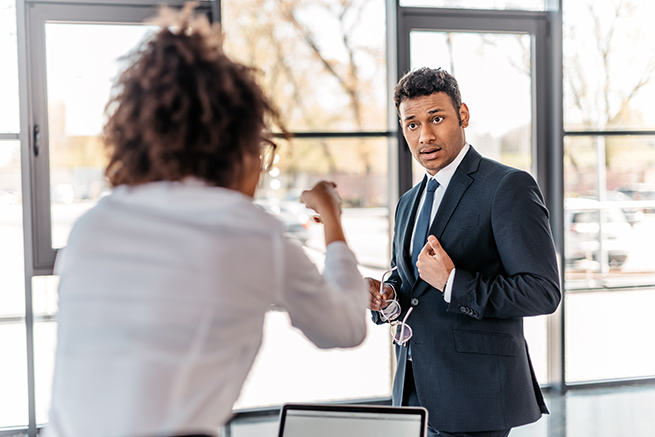 Recently, someone contacted me asking this question: What if I’m a better leader than my boss? Will their limitations hold me back? And, if so, what can I do about it?

These are questions – often unspoken – that many people ask on a regular basis. While there’s no single, hard and fast, answer, there are a few ideas that work well in almost every situation. To explore this idea, let’s check back in with Chandra, the sales associate whose story we discussed in the last blog.

Chandra’s story started with a happy ending. Her new leadership team had made some changes that were creating some negative effects for the sales team and their customers. Armed with good data and workable solutions, Chandra was able to lead from where she was at and lift the leadership lid with her managers, leading to positive outcomes. Unfortunately, that’s not the end of the story.

About a year after her current managers implemented Chandra’s customer interaction suggestions, one of them, Wayne, was transferred to another location in the company. His replacement, Melinda, made it clear on day one, there would be a separation between the sales team and upper management. The open-door policy Wayne espoused was replaced by the email equivalent of a suggestion box. Suggestions that, generally, went unanswered.

Slowly, things began reverting to the hard-sell, turn-and-burn tactics Chandra and the other veteran salespeople found counterproductive to their customer retention efforts.

Chandra was quick to notice these changes, and, inspired by her previous positive experience, tried to bring her concerns to Melinda. Per the expressed protocol, she emailed Melinda for an appointment. After a few broken appointments, Chandra finally found herself sitting across the desk from Melinda. When asked, she launched into an explanation of her concerns, once again supported by data and customer comments. She made it two minutes before the phone rang. Melinda held up a finger, and Chandra waited. One minute, then two, then three. Melinda put her call on hold, “Sorry, this call is going to take longer than I expected. We’ll have to do this another time.”

Chandra left, and her frustration grew. She’d missed out on several possible sales just trying to make appointments Melinda eventually canceled. She wondered if she should just forget it and invest that time doing damage control with her aggravated customers. Chandra put all her concerns in a respectful, carefully-worded email, sent it to Melinda, and left for the day. The next morning, Chandra opened her email to see Melinda had responded. Now we’re getting somewhere, Chandra thought, clicking open.

Melinda’s “response” was a single word: “Thanks.”

That was it. No response to any of her concerns or suggestions. No encouragement or direction at all. Just “thanks.” This troubled Chandra more than an outright rejection would have. Were her ideas not even worthy of consideration? If that was the case, what did that make her … at least in the eyes of her supervisor?

What Chandra didn’t realize, is that the new policies, as well as her summary dismissal and the terse reply, had nothing to do with business plans or best practices. And it certainly had nothing to do with her personal worth of the value of her ideas. The policies that upset her customers and frustrated her colleagues were put in place specifically to protect Melinda. Confrontation made her uncomfortable. She viewed people as complications, which she split into two categories: complications that brought in money and complications that brought in the people who brought in the money. Melinda also saw systems as a way to reduce the variables presented by these complications while increasing the benefits of those complications.

By keeping people at arm’s length, Melinda was able to see problems more clearly and deal with them with what she saw as a purely pragmatic approach. Chandra’s direct, one-on-one approach unnerved Melinda. She thought the ideas were interesting. Still, they focused so much on personal interaction, Melinda found them difficult to quantify. She couldn’t “see” the connection or the application, so she just put it out of her mind and moved on.

Weeks, then months, passed, and Melinda was reviewing sales reports. Two of her new people were going gangbusters. Weirdly, though, a few of her best long-time salespeople were lagging. Concerned, Melinda shot off a quick email to Chandra: “Everything okay?”

Chandra read the email. No, everything was not okay.

Her new customer sales were pretty good, though many of her return customers had stopped returning. Nothing she tried seemed to help. They wanted a level of service her location no longer offered. “Nothing personal,” they assured her. And Chandra knew it wasn’t personal. She also knew her bank account didn’t care. Less money was less money. When that thought hit her in that way, Chandra was surprised at herself. Nine years in this line of work, and she had never seen her job as “all about money.” Is that where she was? What her life and work had come to?

Chandra took a few days to think about these things before she reluctantly admitted, yes, it had come to that. Her worth had been limited to what was on her paycheck. This was something Chandra was unable to reconcile. She went upstairs to the administrative floor and knocked on Melinda’s door. Melinda invited her in and offered her a bottle of water. Chandra declined.

Once again, Chandra shared her concerns, and this time she added several negative customer experiences that had happened recently. When Chandra finished, Melinda rubbed her temples and, finally, spoke. “You seem very unhappy. Is there something going on, personally? Something at home, maybe?”

Chandra was confused. She’d mentioned nothing about her personal life, which was going pretty well, actually. “No… Um, everything’s fine at home. Just have some work-related concerns. Things I think we may turn around if we just…”

Melinda held up her finger. “I appreciate your suggestions, really. We do things around here the way we do them. Honestly, if you’re not happy, maybe you should think about why.”

Once again, Chandra was confused. She’d just spent five minutes explaining, in detail, why her customers were unhappy, and what the company might do to change that. This wasn’t about her. She started to respond, and the words stuck in her throat. What was there really to say?

Melinda saved her the trouble. “Was there anything else?

“Um, not really. Thank you for taking the time to see me.”

Melinda smiled. “Any time. Listen, if there’s anything we might do to help, let us know.”

Chandra walked slowly back to her desk. She grabbed a soda out of the machine and stepped outside the office to take a moment and think. This was just so strange!

What was wrong with her that she couldn’t get through to her boss? What was she doing wrong?

As she leaned against the building, sipping her Coke and wracking her brain, Chandra received two emails. She glanced at her phone. The first email was from Melinda, to her work account. “Hey. Just wanted to know we’re in your corner. I made an appointment for you tomorrow with Jim in HR. He will connect you with some people who might help.”

The second email came from her old boss, Wayne, through her personal email account: “You ready for a change?” Chandra slid her phone back in her pocket, smiling. You better believe it…

Throughout this frustrating process, one of the key choices Chandra made throughout the process was to be gracious. Regardless of her situation, and sometimes in spite of it, she chose not to undermine Melinda. Instead, she chose to be her best. When that effort and commitment no longer meshed with the direction that team was going, she made the difficult decision to leave.

Chandra’s growth was stifled under Melinda, because Melinda chose to cap her own growth. She got comfortable, and she forced that comfort level on everyone else. Chandra, not content with that, tried to inspire growth…or, at least, room to grow. Unable to do so, she decided to move on.

What happens next … and how might you lead when you’re the “new guy” on the team? Find out in the next blog. 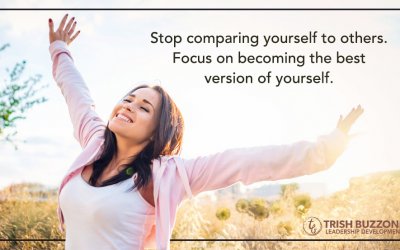 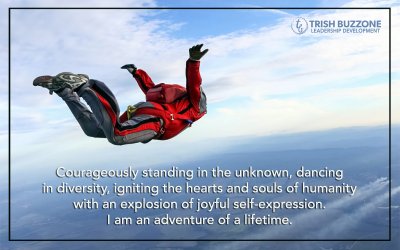 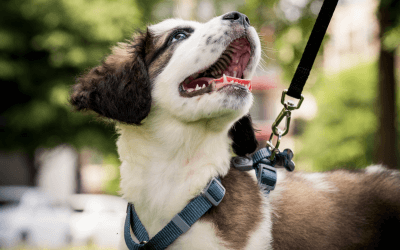 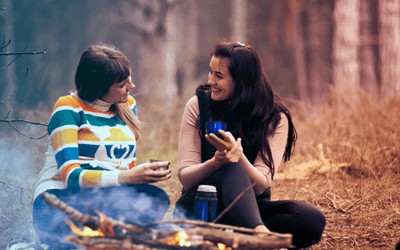 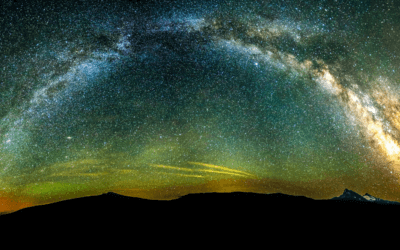 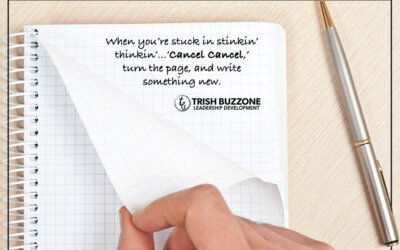 From time to time, all of us get stuck in stinkin’ thinkin’ that gets in the way of who we want to be. Sometimes, it’s in the moment. Other times, those negative thoughts linger, causing us to feel like there’s no way out. When that happens to me, I...