Leading from the inside: A case study 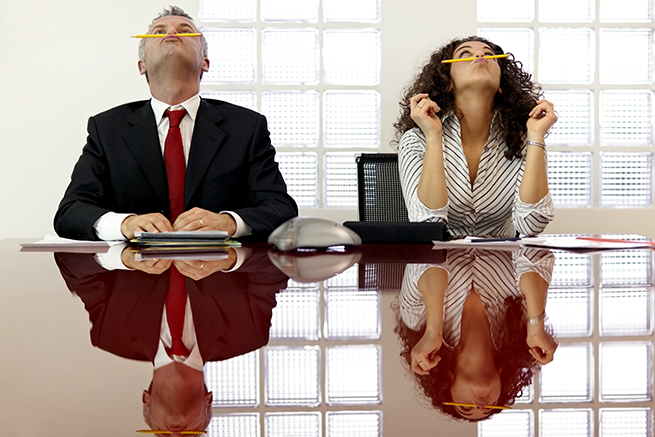 Leadership is not about a title. Leadership is the result of our daily choices. It’s when we commit to offer our best selves while inspiring others to do the same. And we don’t have to wait until we’re assigned authority to do this.

Let’s look at a real-world example of how choosing to lead may work, no matter who you are or what your position may be.

Chandra works at a major retailer. While her job title is “customer care,” her job description is customer acquisition. She gets paid to influence prospects, helping them choose when to buy…and to keep them coming back to buy more. As her compensation is based on both salary and commission, the incentive to deliver numbers is implicit in her daily work.

Because of her innate empathy and easy conversational style, Chandra naturally draws people in and establishes trust. While some might consider this talent a tool, genuineness is of primary importance to Chandra. She hates fake, plastic, ingratiating performances, and she is not willing to engage in that sort of thing herself.

Chandra had been with the company for a good number of years. In that time, her leadership team walked the walk when it came to customer service, going out of their way to deliver on promises. They expected their people to listen to their customers and respond to their needs with professionalism and empathy. As far as Chandra was concerned, this was her dream job. She was making great money and building relationships with people who had become loyal repeat customers.

Then one day, her leadership team moved on. A new team came in that was unfamiliar with the culture in which Chandra and her colleagues thrived. These folks wanted the sales numbers up, no matter what, and they brought in aggressive, hard sell tactics that had worked well for them at other stores.

When Chandra heard the new protocol and read the new scripts, something didn’t sit well with her. There was nothing overtly “wrong” about them. They just didn’t feel “right.” Still, Chandra loved her job, and owners had earned her trust, so she decided to give the new program a try.

Within a week, she received her first complaint phone call ever from a buyer. The woman agreed to the deal, yet she didn’t leave with a smile. A few days later, it happened again. Disappointed, Chandra checked the web to see what other customers were saying. What she read nearly brought her to tears:

“All they care about is the sale…”

Then she saw one from one of her treasured return customers, Mr. Phillips, and made her sick to her stomach: “I’ve been a customer for 7 years, and last week will be the last time I ever go there…”

There was no reason given, so Chandra picked up the phone. Mr. Phillips answered. Simply and bluntly, he told Chandra he didn’t appreciate being “ignored,” told “what I ‘really’ wanted,” before being “tossed around by a bunch of people who treated me like an annoyance … I’m a person, not a hot potato.” And he hung up.

Chandra leaned back in her chair, eyes closed, letting it all come together: The disquiet she felt looking at the new script. The disconnect she felt from the customers as they were led through the new protocol. She decided to take her concerns to the new leadership team.

Chandra waited until after lunch then stopped by to speak with her new manager, Wayne. He listened to her concerns, nodding. When Chandra finished with the story of her phone conversation with Mr. Phillips, Wayne frowned. “What did you say to Mr. Phillips?” Wayne asked.

“Well, what could I say?” Chandra replied, “He thinks he was treated badly … and I agree … Here’s the thing: nothing about how he was treated is any different than how we treat everyone … at least now.”

Wayne was silent for a long time, and Chandra felt she had crossed a line. This was it. She was about to get the “Our Way or the Highway” or the “Get on the Team” speech … or Wayne might just fire her on the spot.

Finally, Wayne spoke, and he surprised Chandra with a question. “If we treat everyone this way, why don’t they all complain… And our numbers are up, so if they don’t like us, why are they still buying?”

Chandra had thought a lot about this very question between that disturbing phone call and this meeting. She had come up with what she thought was a very good answer. “Many of our customers don’t complain directly to us. Have you seen our Yelp reviews?” She paused, and she could see Wayne tapping his keyboard, realized he was looking them up. She gave him a moment and continued, “Many don’t care enough to complain to us. I’ve spent years building a relationship with Mr. Phillips. He wasn’t just inconvenienced. He was insulted… and I think he felt a little betrayed.”

Chandra was ready for this as well. She’d done some research before this conversation, so she could come in with a solution, not just a gripe. “Our new customer closing ratios are up a point or two… And our return customer sales are down. I’ve had two calls from return customers just this week who won’t be coming back. And I’m not the only one. Bill, Jim, Tracy … a few others … all had a similar experience.”

Wayne was quiet again. Chandra was sure what was coming: If the whole sales team feels this way, why aren’t they in here? Still, she waited … and that was smart, because she turned out to be wrong about Wayne.

“Well, if that’s the case, and I will check your numbers, how would you fix it?”

Chandra sat back in her chair, a bit stunned. How would she fix it? She wasn’t in charge of … well … much of anything. Still, she’d thought about that too.

“The issue isn’t so much how we’re talking to the customers. It’s in the process. Used to be, I greeted a customer and stayed with them through the whole deal, from first ‘hi’ to final signature. I was their familiar face through the whole process. Now, they get bounced around to umpteen different people. And a lot of times, the new people don’t even really talk to them. It’s just sign this, initial that … Have a nice day, and be sure to take our survey. You know what Mr. Phillips called it?” Chandra paused and Wayne leaned in. “Hot potato.”

Wayne shook his head and leaned forward, elbows on his desk, fingers steepled. “Okay, then. You’re one of the senior customer care associates here. You know what keeps customers like Mr. Phillips happy, and you think you know what we did to make him unhappy. I want you to come up with a plan that tweaks our current protocol, so that we keep increasing our new customer acquisition without losing our longtime customers. Have it on my desk first thing in the morning.”

Chandra spent the rest of the day talking with her colleagues, getting their input, which she combined with her own thoughts on how the system might work better. First thing the next day, before Wayne even arrived, she left her report on his desk.

Right before lunch, Wayne called her in. “I appreciate your work on this. I’ve talked it over with the other managers, and we’re going to give it a shot … with a few minor modifications. Thank you for looking out for our customers. I speak for all of us when I say our team is better because you’re on it.”

In the end, the managers didn’t take all of Chandra’s suggestions, however, they did take enough to allow she and her colleagues the latitude they once had to nurture those customer relationships. Now, when Chandra heard her colleagues talking, she heard her words coming out of their mouths. Her plan being followed. Sure, Wayne and the other managers got a lot of the credit, and that was okay. Chandra was, finally, happy at work again.

From Chandra’s situation, we see that assigned leaders may understand the vision, however they may not “see” exactly how all the parts and pieces are working together — or not working together — in pursuit of that vision. In cases like this, a follower might complain, point fingers and assign blame. A leader finds solutions and recruits others to do the same. Chandra could have quit, yet she chose to find a way to make things better. Sometimes that works out. Sometimes not. Yet, the choice to do all we can to find and be part of a solution, is the only course of action that creates the opportunity for a better outcome. Making that choice, wherever you are on the team, is one aspect of inspirational leadership.

What happens when you want to lead from where you are, and the manager will not listen? We’ll talk about that in our next blog.