How our truth limits our value 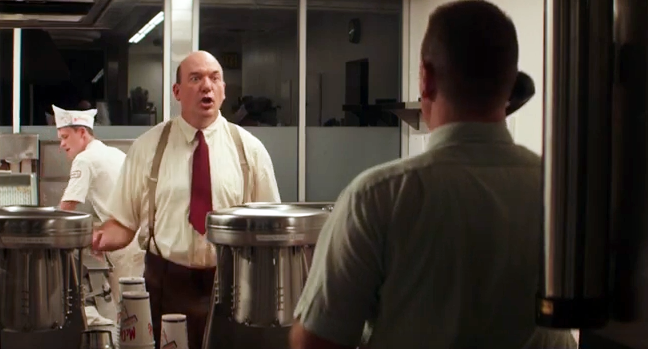 Have you ever wondered why some folks just don’t seem to understand something that’s “so obvious” to you? No matter how hard you try, no matter how much logic you employ or how articulate your argument is, they just don’t seem to “get it.” Your heart is in the right place, but it feels like they’ve taken their ears off.

Communication breakdowns like this are common hurdles to building relationships and accomplishing tasks. Any time more than one person is involved in a conversation or a project, miscommunication and misunderstanding may happen. Often, it’s not that people don’t understand each other, it’s that there’s simply too much “truth” at the table.

There’s a scene in “The Founder,” a biopic based on the life of fast food innovator Ray Kroc, that offers a stark lesson on what can happen when we believe we have the whole truth and refuse to listen to anyone else’s perspective. In the scene, Ray (Michael Keaton) has come across an idea he believes will save him and all the other McDonald’s owner-operators a ton of money. He calls Dick McDonald (Nick Offerman), excited to share the news … and that’s where the clash of truths begins…

Consider McDonald’s statement: “We have no interest in a milkshake the contains no milk…” In his mind, “powdered milk” is not “milk” at all. That’s his truth, and to his mind, it’s immutable. He doesn’t really hear Kroc, so none of the features and benefits he offers are honestly considered.

And yet, that’s not really where the conflict begins. Reading the nonverbal cues, it’s clear McDonald’s issue is not the truth of milk, it’s the truth of Ray. When Dick hears Ray on the other end of the line, his tone of voice immediately reflects exasperation. It’s the voice of the harried teacher who just wants the overactive, curious kid to put their hand down already!

This shift in McDonald — before Kroc even says anything — reveals something about his relationship with Ray that influences his willingness to listen. This is an ego conflict, a personality clash. The existence of Ray and his “new” ideas threatens Dick’s status quo. His business is comfortable and profitable. That’s his truth, and he’s not interested in how that truth is affecting his owner-operators. Ray wants to make more money. Dick believes he should be content. He views Ray’s ideas as a challenge to his system and his vision … and he Just Won’t Have It.

“I have a way to save all of our owner-operators money…” Ray insists, trying to appeal to every business owner’s bottom line … Dick already stopped listening.

Those of us armed with the benefit of hindsight know the rest of the story. Kroc wins the battle of egos without ever settling the communication conflict. He simply continues doing what he feels is best, steadily improving on a system that not only delivers the McDonald’s brand into his hands but also creates a method that has been copied by other burger chains as well as chicken and a host of other foods. There’s a lot more to that story (https://www.entrepreneur.com/article/197544). Most of it is saturated with cutthroat business tactics and the sort of bad blood that comes from extended conflicts and typically coincide with a mutual lack of listening.

A version of this scenario plays out in business and personal relationship all the time. Either party believes they have the whole truth, so they decide, sometimes subconsciously, to devalue the ideas of anyone who may differ. Notice, I didn’t say “does” differ, but “may” differ. The “whole truth” holder will never know the difference, because they aren’t really listening. They still believe powdered milk isn’t milk … that’s their truth, and they won’t let it go. So, they’re stuck, and so is any progress that might come of being willing to really listen.

Once good ideas grow stale and outdated. Personal growth is stunted, putting a lid on our ability to add more value, to ourselves and others. We need not live with these limits. We can do better. The first step is setting aside our “ultimate truths” and learning to really listen.

Next time, we will break down the difference between listening “for” and listening “to,” and look at how that dynamic places or releases limits on our potential.