How one small shift can cause a breakthrough: A Case Study 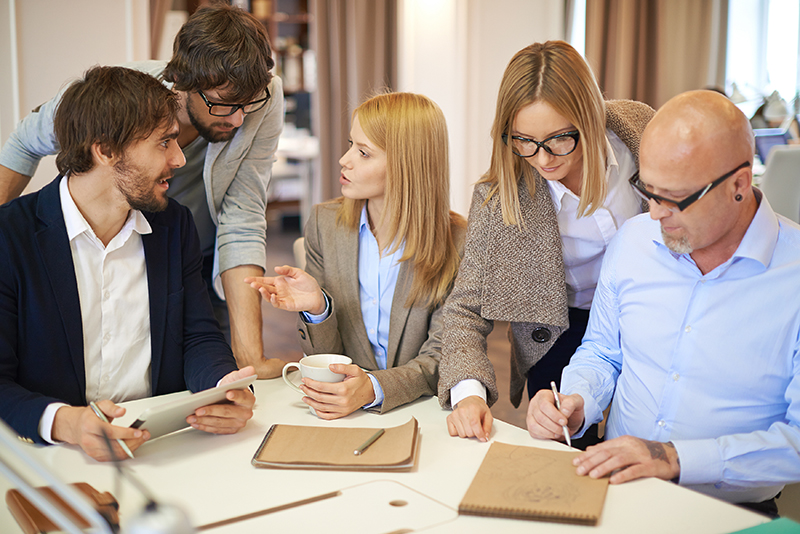 Communication problems are one of the greatest causes of poor morale, lack of productivity and failure with any team. When a leader models intentional listening, that shift will inspire their team to follow that lead, increasing that team’s capacity for success with every interaction.

In our last blog, we met Jerry, a manager at an up and coming advertising firm. Jerry and his team were given a major opportunity to wow a new client. Unfortunately, Jerry chose not to listen to his team. This choice limited the team’s potential, resulting in a pitch that wasn’t all it could have been. Jerry was happy, though. He believed in the pitch, and he just couldn’t understand why his team acted so discouraged and frustrated.

At the meeting with the executives who would decide which pitch was shown to the client, three teams presented their ideas. Jerry’s team fumbled through the presentation, missing cues and sounding bored. As a result, the executives chose another team’s pitch.

Heading back to the office, Jerry felt frustrated. His team really blew it. So much on the line, and they just didn’t seem to care! Jerry was also confused. Last week they were all on board with the pitch; but, today, when it mattered most, their body language and delivery were flat and uninspired.

Back to the drawing board

Jerry was determined to find out why his team let him down. He called in his go-to girl, Jeanne. She had been the only bright spot in the pitch meeting, so maybe she saw the same things he did and could offer a helpful perspective.

When Jerry asked for her impression, Jeanne’s comments echoed his own thoughts. She didn’t know what happened, though she did suggest that, maybe, some of those people just didn’t have what it took to perform when the chips were down. This was a possibility Jerry had already considered, and Jeanne’s opinion solidified his own.

Jerry knew there was one more person in his team he should talk to before making any personnel decisions. Contrary Ed. Aside from being the only person on the team with a recent new account, Ed was the original thorn in Jerry’s side. If anyone would be willing to open up about this miserable performance, Ed was the guy.

An opportunity to choose

Ed sat in the guest chair in Jerry’s office, waiting. After a moment of uncomfortable silence, Jerry asked: “What happened this morning? It was a team idea, why didn’t they back it?”

Ed glanced down and shook his head … here goes, he thought. “The thing is, Jerry, it wasn’t a team idea. It was your idea, and Jeanne’s. We offered suggestions, but you didn’t want to hear them.”

Jerry was confused. “But you all suggested similar ideas.”

Ed nodded. “Well, sure. After you rejected our initial ideas, we all just asked Jeanne what she suggested, then we put our own spin on that. Instead of multiple ideas to consider and refine, you just had the one that already happened to be your favorite…” Ed paused, cleared his throat, “Look, boss, you’ve got some really good people here who want to give you their best … me included … but they … we … don’t feel like you want it.”

Jerry sat for a moment, letting those words sink in. Of course, he wanted their best. How ridiculous! Why else would he have hired them? This made no sense. Jerry felt himself getting angry. His team blew an important meeting, and now they were blaming him!

Jerry dismissed Ed, asking him to tell everyone to go ahead and leave for the day. Full staff meeting first thing in the morning. In the quiet office, Jerry glanced at the plaque on his desk, a copy of a famous message that once adorned Harry Truman’s desk in the Oval Office. The buck stops here, indeed, Jerry thought. Ed’s words floated back into his thoughts: “…we want to give you our best …  but we don’t feel like you want it…”

Had he been listening to them? Really? If he was being honest, Jerry had to admit he liked his idea so much, his mind was already made up. If the buck stopped with him, the team’s failure was on him too. He had to do something different next time.

For the rest of the evening and all the way to work the following day, Jerry thought about how he had been short-changing not only his team but also himself. He knew he had good people – Ed was right about that – so, why did he ignore their input? Worse, how much had he frustrated and discouraged them by only pretending to listen?

Before the morning meeting, Jerry checked his email. He was surprised to see a message from the VP of New Account Development at the main office. Turns out, the prospective client was not a fan of the pitch offered by the other team. The VP needed something fast, or they were going to lose the account.

Jerry began the team meeting by acknowledging his mistake and apologizing. The team sat there for a moment, stunned. Then Jerry read the email from the VP. He looked each person around that conference table in the eye: “We can do this, guys, I know we can. I’ll need everyone’s ideas, and we don’t have much time…”

At first, they seemed hesitant, unsure. Jerry just waited, determined that someone else would be the first to speak. Finally, an idea was offered. Jerry listened intently, asking good follow-up questions. Then, it was like the dam burst. Others joined in, asking questions and offering ideas.

Jerry spent the rest of the day with his team, listening as they played off each other’s strengths, presenting and honing ideas until they had a pitch with everyone’s fingerprints on it. Because each person was fully engaged, contributing from their strengths, the team built something all of them could be proud of, win or lose.

When they presented the idea to the VP, he loved it, and the client absolutely flipped. This was the pitch they’d been looking for. The client signed on, and Jerry’s team was awarded the challenge of taking their regional brand and making it a national name.

Because their win came through Jerry guiding, instead of dominating, the creative meetings, he made that strategy permanent. Though it wasn’t easy shift for Jerry at first, he persisted. Through the subsequent weeks and months, Jerry saw his entire team buy in. Each person learned how to actively listen, to allow other people’s strengths to enhance their own, causing collaborative growth.

Looking back, Jerry reflected on how his choice to intently listen and get out of the way caused his team to flourish. He established trust, while communicating respect and appreciation. His team not only responded positively to that, they began doing the same with each other. That interaction elevated everything they did, making his team better than Jerry every imagined they might be.

As leaders, like Jerry, we all have blind spots that cause us to do things that get in the way of greater success for our team. What shift might help your team experience breakthrough?