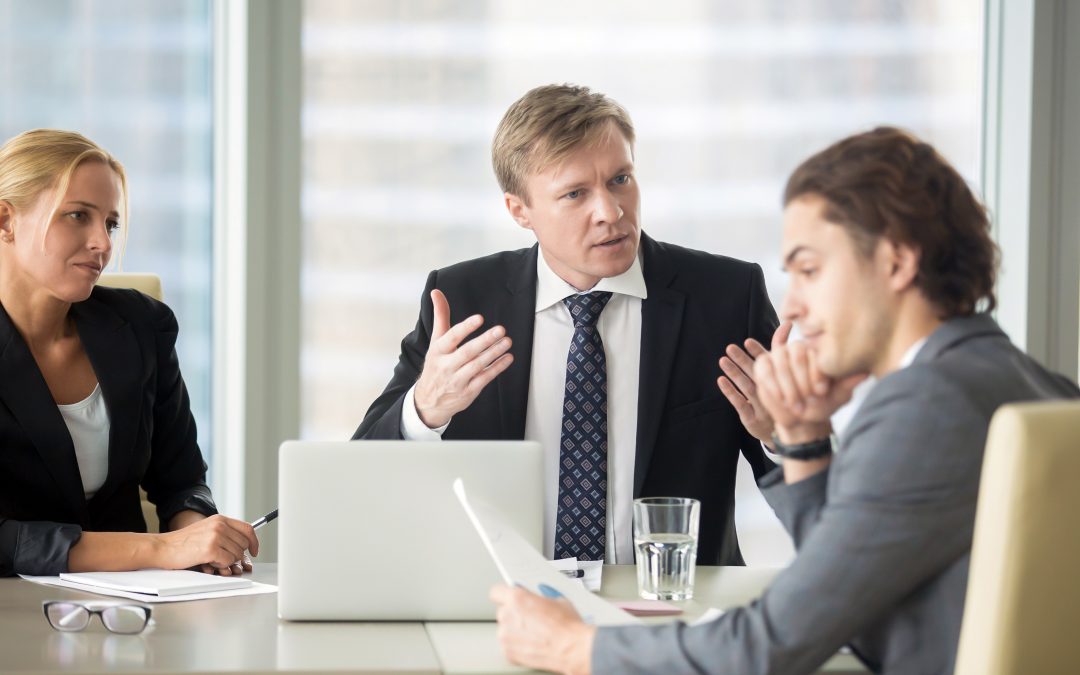 Good leaders understand the necessity of healthy lines of communication with their team. Sometimes, though, we get in our own way, stifling what might otherwise be a dynamic environment. Why does this happen, and how would a shift in thinking lead to better results?

Let’s look at a real-world example of how good intentions coupled with an autocratic approach to leadership silences healthy communication and lead to productivity breakdowns.

Jerry is a midlevel manager at a marketing and advertising firm. His company recently won a big contract with an up and coming regional brand that boasts national potential and a strong advertising budget. The executives at the main office brought the deal into the company, and now they are planning to award the account to the team that delivers the winning pitch.

The team that wins this contest will build the brand’s campaign in the region and have the inside track on sticking with the brand as it grows into a national contender. A win would mean big bonuses for Jerry and his creative team.

Monday morning, Jerry calls a team meeting. With barely-contained excitement, he shares the news and explains the opportunity, detailing the brand’s product and target market. When Jerry mentions cash bonuses, his people really perk up, and he’s even more excited to start brainstorming. After a few more minutes speaking to rally his troops, Jerry opens the floor for questions and ideas.

The minutes stretch, and no one says a word. Frustrated and a bit deflated, Jerry closes the meeting and tells his team to “think about it” and “bring me your ideas over the next few days.”

Back in his office, Jerry is fuming. Don’t these people understand what this means … for ALL of them? It’s typical, he thinks, all these supposedly creative people and they wait for me to have all the ideas.

Jerry takes an early lunch, trying to calm down. When he gets back to the office he decides not to wait for them to come to him. He starts calling people into his office, one at a time, hoping to get ideas. He strikes out on his first two, not that he expected much from them anyway. Those two might tweak ad copy with the best in the business, but when it came to generating ideas, they were not exactly founts of inspiration.

Jerry’s third interview is with Jeanne. He has high hopes for this one. He and Jeanne always seem to be on the same page, and she always comes through when he needs her to. As he expects, Jeanne offers some real winners. Sure, they were a little rough, though when he finished polishing them, they will really shine.

Jerry thought about calling it a day there, though he still had three more people to interview, and he wanted to be fair. As he expected, he sat through two uninspiring sessions. These were earnest kids, but Jerry would never take those pitches to the client. He’d be laughed out of the room.

A moment of truth offers an opportunity

Finally, Jerry arrives at the last interview of the day, and he wishes he’d gotten this one out of the way first. Ed was smart, sure, and he hit a home run with that Stephenson account last month, yet the guy really knows how to get under Jerry’s skin. Always questioning everything, pointing out what he saw as ‘flaws’ … that was Ed.

Jerry opened the conversation with what he felt was his best disarming smile, “Great job with Stephenson last month, Ed. I was hoping you might get lightning to strike twice. What do you think? Have anything good for me?”

Ed just sat there for a moment, quiet. Jerry was pretty good at reading people, and what he saw was a debate raging inside Ed. Finally, he spoke. “Look, Jerry, I know this is really important for you – for all of us – and I imagine you’re pretty frustrated by now, wondering why nobody has come up with anything.”

Jerry nodded, inviting Ed to continue… And did he ever. “This is a huge opportunity for all of us, so… well… I hate to say it… you probably won’t get much.”

This made no sense to Jerry. He felt that fury building up again, nearly told Ed to get his negativity out of his office and don’t bother coming back… He might have, if he wasn’t genuinely confused. “You’re saying they won’t have ideas … because this is too big? That doesn’t make any sense.”

Ed sighed, fought another internal battle, and, finally, spoke. “It’s not that we don’t have ideas. It’s that we all know what happens next. No matter what any of us come up with, you will get with Jeanne and come up with the angle on your own. We’ll have invested weeks on it … and for what?”

Jerry was not listening to any more of this. “You know what, Ed, sleep on it… come back and see me tomorrow when you’re in a better frame of mind.”

A made-up mind misreads his team

The following day came and went with no knocks on Jerry’s door. No new ideas, and he was running out of time. Over the next few days, Jerry re-interviewed each of his team members. This time, they all had ideas, and Jerry loved what he was hearing. He took some notes and spent that Friday reading through everything, looking for the real gems. That’s when he realized, nearly every idea sounded exactly like what Jeanne initially suggested … even Ed’s. Jerry smiled. Great minds think alike. He would polish this pitch over the weekend and give it to graphics for storyboarding and art on Monday.

Reflecting on his week, Jerry shook his head, wondering why his people always made it so hard. Back at their desks, the team wondered why they even bothered to offer fresh ideas. They should have just asked Jeanne in the first place. Would have saved a lot of time and aggravation. Ed just wondered why he stuck around where he wasn’t needed.

Jerry forgot the act of listening is what we do “for” someone, not “to” them. In the next article we explore the potential created when Jerry chose to make the shift to listening “for” instead of listening “to.” How do you think this benefitted his team?