Why influential leaders inspire questions instead of answering them 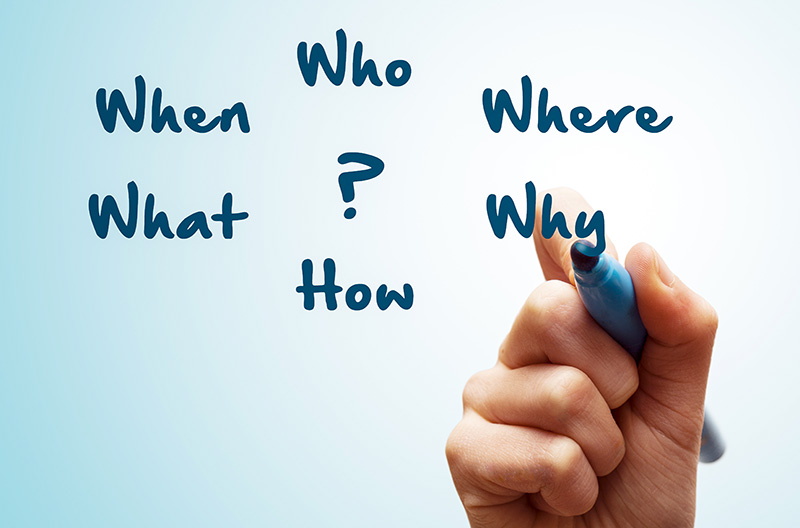 You see it in kung fu movies, science fiction sagas and old-fashioned hero quests. The young adventurer encounters the wizened sage, hoping to receive answers to the questions that launched him on his quest. After a moment of bemused silence, the sage responds to the earnest questions with yet another question. The hero, stuck on their initial question, demands an ultimate answer.

The sage smiles wisely and suggests the hero will not “receive” answers, perhaps he might “seek” them instead. At this point, the hero is frustrated, confused and discouraged. He was hoping this person had all the answers. Instead, they just sent him on another quest.

We all know how it ends

The hero realizes, sooner or later, the act of going on the quest was the point after all … that “quest” and “question” are, essentially, the same. That the best journeys create bigger and better questions as they help people discover who they are … and who they are meant to be.

Yet, often, when we think of leadership, we picture the motivational guru, standing there on stage, looking bulletproof, dispensing wisdom to an adoring crowd. We see the CEO sitting at the head of the table, setting the agenda for her executive team as she maps out the company’s future. We see the All Pro quarterback leading his team on a last-minute touchdown drive to win the big game. These are the archetypal images of leadership … and yet … this kind of leadership always comes with limits.

Leadership comes in many forms, and each style and approach creates its own perimeters. Many times, the leadership style we choose restricts us, and we don’t even realize it. This is because, when people are always looking to someone else to make the decisions, they never get any further than that leader takes them.

Each of those archetypal images of leadership — the guru, the CEO, the quarterback, and the like — contains the same fatal flaw. Success depends on the leader, so the team will be contained by his or her personal lid. This is why the best leaders do not control … they inspire. And the best of the best don’t inspire actions, they inspire questions.

Hitting the mark with inspiring leadership

As leaders, we’re missing the mark if we’re the ones driving the questions. If we want to truly inspire our team, they need to be the ones creating the questions. That’s how you inspire people to reach beyond themselves … and that’s the best way to help them grow.

There’s a tremendous example of this powerful dynamic in the 2010 HBO biopic, Temple Grandin. The titular character is a brilliant autistic girl, who is socially awkward and absolutely enthralled by science. When Temple’s high school science teacher introduces the class to an optical illusion called an Ames Room, Temple is enraptured. She has to know how it works … and he is not about to tell her. Instead, the teacher challenges Temple to figure it out herself. To visualize and build her own Ames Room to explain the science behind the illusion.

Throughout the process, Temple experiences failure after failure. In frustration, then desperation, she begs for The Answer … her teacher responds with a suggestion: “consider all the elements…” In other words, step back, shift your perspective and look at everything, including what you might be missing. He never says that. He simply waits for her to ask the question that leads to the answer she is seeking. She has the answer inside her all the time. Most importantly, her teacher, a retired NASA engineer, knew it was the journey, not the answer, which would offer the most inspiration

When a leader is adept at creating questions, they inspire people to see further, dream bigger and understand deeper. This, in turn, raises the “lid” on the collective endeavor and expands the potential for the entire group.

Like Temple, when we allow questions to create other questions, we experience a level of curiosity and inspiration that unlocks who we are and who we want to become. This is the kind of leadership that truly transforms, both people and projects.

Was there a time in your life that a specific leader inspired you to ask questions that led you to better questions? Share your story in the comments.