Answer this question to transform the way you lead 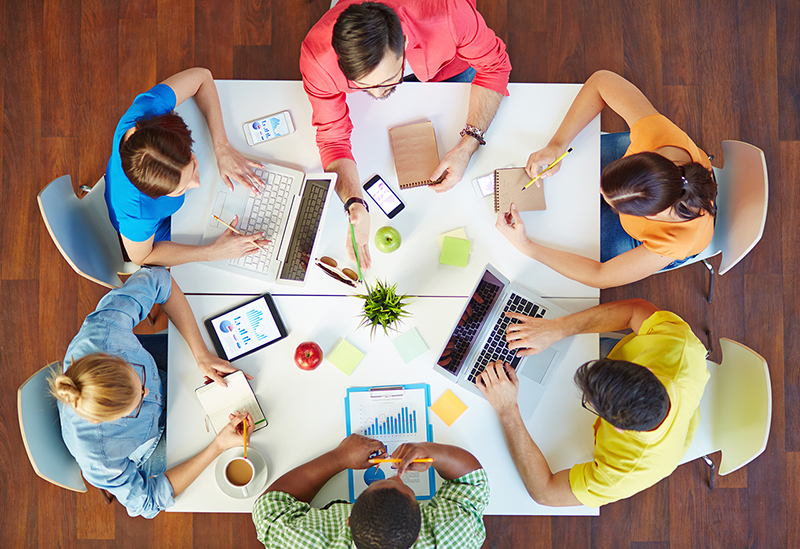 When you are considering a project or setting a goal, doesn’t matter what it is, which question is more important: how or why? You may be thinking, come on, Trish, that’s a trick question. They’re both important. You don’t get one without the other. Yes, that’s absolutely true. Both are important. Now… if you had to choose, is one more important than the other?

“Millions saw the apple fall, but Newton was the one who asked why.” – William Hazlitt

“How” is about skill. “Why” is about understanding. Even when we hire or train “how,” if we don’t communicate “why,” we put a lid on our potential.

This distinction between “how” and “why” is one of the biggest hurdles leaders face when seeking to motivate, especially across generations. We’ve talked before about how Boomers and Millennials prioritize different things. They have different reasons “why,” and they process “why” questions differently. When we lose focus on “why,” and we try to force everyone into the same One Size Fits All process, we ostracize good people and miss out on tremendous opportunities.

This story illustrates how this often plays out:

ABC Widgets has been moving along fabulously, cranking out cutting-edge widgets and immensely popular accessories, growing annually and turning a tidy profit. In the past few years, things have begun to shift. Older workers are beginning to transition out of the workforce, creating a skill and experience gap that threatens production and product quality. Younger workers are coming in, and they don’t seem to speak the same language as their older peers. More established, proven workers see them as entitled and unmotivated, unwilling to learn. Resentment begins to fester.

Jim, owner of ABC Widgets, sees this and chooses to take action. He begins with group meetings, and those quickly go south. Older workers are openly critical of their younger colleagues. Younger workers go quiet, occasionally glancing at their smartphones. Everyone is uncomfortable.

Jim tries a different tactic. He sponsors contests with “big prizes,” including cash bonuses for top performers. He’s hopeful, because this has always worked in the past. The older workers respond to the incentives, energized by the competition and brought closer by playful banter and good-natured bragging. Some of the younger workers initially seem interested, though many seem to grow more frustrated. They’re listless, even a little surly.

Jim is perplexed. Why won’t they respond? He schedules one-on-one consultations with his younger team members. He asks what would make them happier at work, and they tell him. It’s a fairly simple wish list. Some of it sounds a little silly, but if this is what it takes, fine. Jim applies the suggestions, and a few weeks pass. He eagerly checks the most recent productivity reports to find … no discernible growth.

Determined to lead proactively, Jim calls each team member back into his office. They talk specifically about the recent contest. His older team members are excited, can’t wait to do it again. The younger workers say the “right” things…without any enthusiasm. One of them interrupts his questions to request time off.

No closer to an answer, Jim tries a different approach. He surveys the team, asks them to write down why their work is important. When he sets the comment cards out, side-by-side, the difference is clear.

Older workers talk about job satisfaction, pride in their work and financial incentives. Younger workers talk about opportunities to grow, about challenges, the ones they faced and the need for more. The girl who wanted time off mentions how proud she was that the company took part in a recent community shoreline cleanup, and she suggests they enter a team in an upcoming Habitat For Humanity building project.

Staring at the truth behind the words on those comment cards, Jim begins to understand. Each member of his team had been hired because they had the best skill set and experience for the open position. They brought the company a “how.” The company had failed to offer them a “why.” Not just why they were doing that job, but also why they were doing that job as part of that team.

Jim chose to create opportunities that would help his people realize their goals in a way that connected them with the culture and mission of his business. As he shifted his approach, he began to better understand what might encourage and motivate his team to achieve more.

This led to less cookie cutter incentive plans and less business as usual. Those changes were somewhat uncomfortable in the short term … still, the results were clear. Jim’s people, younger and older, were accomplishing more and doing it with increased enthusiasm. Several younger team members stepped up and volunteered for the new leadership mentoring program. Until that point, wondering how he would replace all the experienced leadership that would soon be retiring kept Jim up nights. Now he had several strong candidates in the pipeline. Best of all, both the mentors and the mentees seemed to be learning from each other, making them both better for their time together.

By focusing on why as well as how, Jim was able to secure the present of his business while protecting its future. The shift took time, and it ruffled some feathers in the beginning. Now, though, the benefits are clear — in his people and on the balance sheet.

Are there areas of your life where shifting the questions you ask may lead to better answers? What are some ways asking “why” instead of “how” may create a breakthrough for you?