These key insights into Millennials can energize your organization 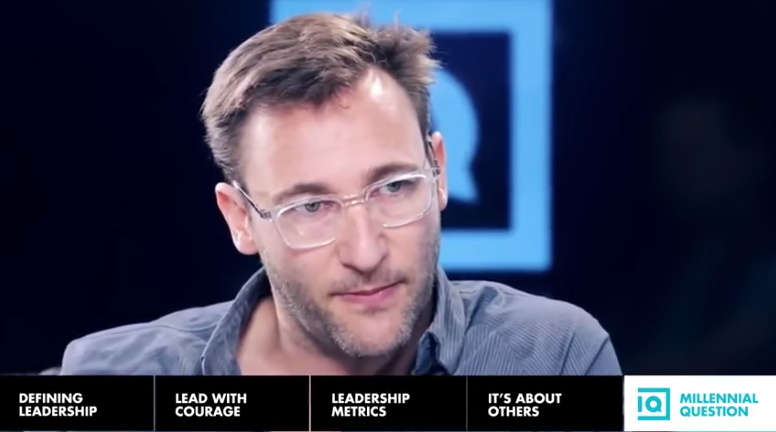 Hey leaders, did you know your real job is not ‘being in charge’? Your chief responsibility is taking care of those who look to you to lead them. That was the message delivered by author and international leadership development consultant Simon Sinek during a recent John Maxwell International Live2Lead Broadcast Event.

Recently, a video of Sinek delivering this message on a TV talk show went viral, and it really resonated with a lot of people looking for answers to a question we hear from leaders all the time:

“How can I help Millennials and Boomers understand each other, so they work better together?”

In the video, Sinek offers several key points to help older generations better understand and connect with Millennials. I believe the takeaways from this presentation, combined with understanding some additional cultural and inter-generational realities, can be a tremendous benefit to today’s leaders hoping to successfully inspire workers from multiple generations.

Most Millennials grew up heavily influenced by a combination of faulty parenting strategies and an addiction to technology. Because children were always told how great they were by parents hoping to protect and develop their self-esteem, they actually grew up insecure, and many did not develop the coping skills necessary for success in a world measured by achievement.

Sinek discusses a topic that has become an emblem of this issue: the participation trophy. When all children are equally rewarded, regardless of talent, effort or result, the value of the award is diminished. And, because kids are often smarter and more aware than some adults believe, they understood very well they did not “deserve” the same award as other children.

Growing up in a world where everything could be accessed or received at the touch of a button denied kids the opportunity to learn patience or the value of earning something over time. While, today, layaway is making a comeback in many retail stores, Millennials grew up in a world run on credit and defined by technology that allowed them to “know” everything and acquire anything virtually instantly. They bring this idea of instant gratification into the workplace, causing many Millennials to feel unfulfilled and frustrated in their jobs.

Sinek said not every challenge should be pinned on upbringing and consumer culture. Corporate culture is not designed to value people. Business is based on the Bottom Line. Empathy and relationship take a back seat to production and profits.

Many managers are stuck, asking questions that won’t give them the answers they want. They want to know how they can get their Millennials to “care” or to “produce” in their jobs. While the carrot and stick motivations of financial bonuses and threats of unemployment have traditionally been used to keep Boomer and GenX workers productive, Millennials have grown up in a world where company loyalty, gold watches and pensions seem like archaic notions their grandparents talked about but would never be real for them.

For them, job security, even for the best and brightest workers, is a shaky proposition. They’ve heard the average Millennial will have worked about 13 different jobs before they reach the age of 40. They know many friends and family members who have been “let go” or “laid off” after years—even decades—of good service, so they have learned to measure job satisfaction on a different scale, using entirely different metrics.

Instead of trying to figure out how to “motivate” Millennials, leaders would be better served to ask: “How do I help my people be at their natural best?”

This question encourages relationship development, thinking about people as “individual persons” rather than “human resources.” This shift will profoundly change decisions and priorities, leading to a more successful connection between generations.

Because business success is most often defined in terms of profit, success is finite and anything less than a specific numerical metric is considered failure. Business becomes about winning and losing, making anyone who was not the best a “loser.” Remember the results of the participation trophy? A meaningless reward did not make people feel equal, it just made their failure to be the best something shameful, not to be talked about.

When all success is measured by a pass or fail metric, there is no way to gauge improvement or gradual growth. All of us learn and grow gradually, so environments set up to ignore this growth create a false reality in which positive action is still failure, and anything other than hitting the right number is “wrong.”

The solution here is not to do away with goals—all businesses need them. Instead, foster a culture motivated by empathy, in which being “right” and being “best” are not the only metrics for success. Build a culture that appreciates positive investment and celebrates incremental success.

To sum up, if you want more effective generational understanding and a happier, more productive workplace, consider the following:

Focus on relationship building, inspire people to achieve their personal best, practice empathy and celebrate growth as a measure of success.