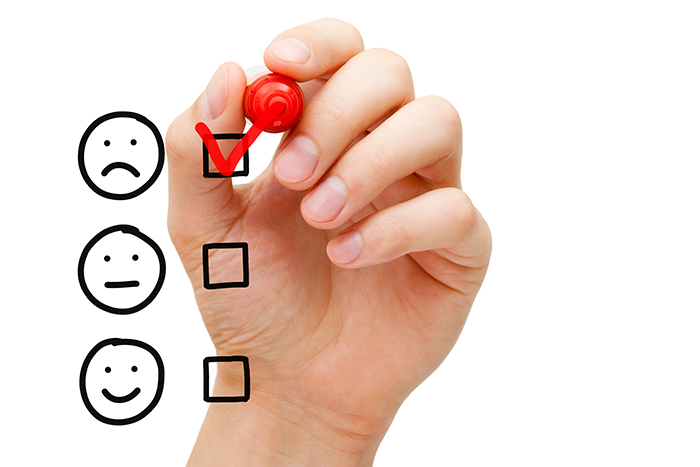 In our last blog, we talked about the importance of investing in our team members personally, as well as professionally, and what that means for our organization. In this blog, I want to share a story about what can happen when leadership focuses on skills development without the personal development component that empowers people to make good decisions that benefit our customers and our bottom line.

Recently, my friend Ed was doing some Christmas shopping for his wife. He knew exactly what he wanted to buy for her, and he thought he knew exactly where to find it. Because this friend is a big believer in “shopping small,” he called ahead to a local retail shop and asked if they had what he was looking for. They did. Several to choose from, in fact, so he was excited.

“I arrived at the shop to find parking out front was sparse, so I went around back, to the overflow lot that doubled as employee parking, where I found a few open spots. I backed in, because I’m in a larger truck, and the spots are on the smallish side. Just as I was getting out, a sedan backed into the spot next to me. Right next to me. Our side view mirrors were inches apart. No way I would be able to exit my vehicle without damaging theirs.

“I rolled down my window, figuring I could just ask him to slide over a bit. There was plenty of room on the far side of his car. Imagine my surprise when the driver exited the car wearing a shirt with the shops’ logo stitched on the front and a matching name tag.

“I thought, maybe he was running late, just not paying attention. So, I called over to get his attention, ‘Hey, ‘scuse me, you’re a little close.’ He turned and rolled his eyes, ‘What?’ I repeated myself, adding: ‘I’m trying to get out to go do some shopping, but I can’t open my door without hitting your car.’ He looks absolutely affronted, says, ‘I have to park here. It’s the shop car.’ I looked around. There were no designated spots.

From bad to bewildering…

Ed continues… “At this point, my holly jolly Christmas spirit was wearing thin. This conversation had gone at least one sentence longer than it should have. I said, ‘I understand you usually park here, but you have me blocked in. I would like to get out and purchase something at your store, but I cannot get out because you’re too close…”

What he said next helped everything fall into place… “‘I was told to park here. What do you want me to do?’

“I took a deep breath, as it hit me… I was not talking to a person anymore, I was talking to an Employee who had been given A Directive. He wasn’t trying to be rude, he literally could not think of a solution to this conundrum, or he did not feel empowered to offer one. I should add here that this person was clearly of reasonable intelligence and ability, probably in their early to mid-20s.

“So, I said, ‘I don’t know, man, maybe move over or park in one of those open spots. I just need to get out of my truck.’

He looked both obstinate and panicked. My suggestion did not fit his pre-established perimeters, so he was stuck. He said, like a skipping record: ‘I have to park here. What do you want me to do?’

“I said, growing frustrated, ‘Why don’t we go ask your supervisor? See if they can help us find a solution.’

“He had been walking toward the back door at this point, having already dismissed me. At ‘supervisor’ he stopped, and froze. He watched me slide across the bench seat of my truck and climb out the passenger side.

The boss steps in…

As it turned out, the incident had been witnessed by another employee, who was relating it to a supervisor on the sales floor when Ed walked into the shop.

“When I entered, and every eye swung my way. I saw the driver and another employee talking with what turned out to be a supervisor. She approached me and asked how I was doing, as the other two employees stepped into a side room… but left the door open to listen.

“I said, ‘I’m fine,’ Ed recalls, ‘Though it seems you heard about what just happened in the parking lot.’ The supervisor nodded. Behind her, the employee who had been standing next to the driver said, ‘There’s no problem, he just moved the car. So there’s no reason for you to make an issue out of this.’

“Addressing that employee while looking at the supervisor, I said: ‘I’m not making an issue out of it. Honestly, I can’t believe we’re still talking about something that should have ended with me saying ‘Hey, I can’t get out,’ and him saying, ‘Let me move over a bit.’ Behind the supervisor, two other team members nodded in agreement.

“The supervisor said … nothing.

After a bit of an awkward silence, I said, ‘Well, I have some shopping to do.’ We all went our separate ways. About ten minutes later, the supervisor came back over and asked me if everything was okay. It was, because another employee had been a big help connecting me with exactly what I was looking for.

“I said as much, and the supervisor and I stood there looking at each other. It was clear she thought she should say or do something, but either she could not find the words or the will. Eventually, she just nodded and walked away.”

“I paid for my purchase and walked back to my truck. There, in the spot next to me, was the ‘shop car’ … moved over a good three feet.”

I asked Ed if he planned to shop at that store again, and he said, ‘probably.’ That it’s a ‘good shop overall’, but when he described his lasting impression, it struck a chord:

“The thing that bothered me most,” he said, “Is that that neither the driver nor the supervisor seemed to have a clue how to deliver what should have been basic customer service. Looking back, I might have reacted angrily, but it was just so strange…

Either they honestly didn’t know what to do, or — and maybe this is worse — they felt they couldn’t act.

Either way, not a good reflection on that business… I wonder if the owner knows… And, if they do know, what would they do about it?”

In our next blog, we will contrast this story with another in which a good leadership mindset and empowered team members solved a problem before it could ever escalate.