Why Our Visions Need Room to Grow 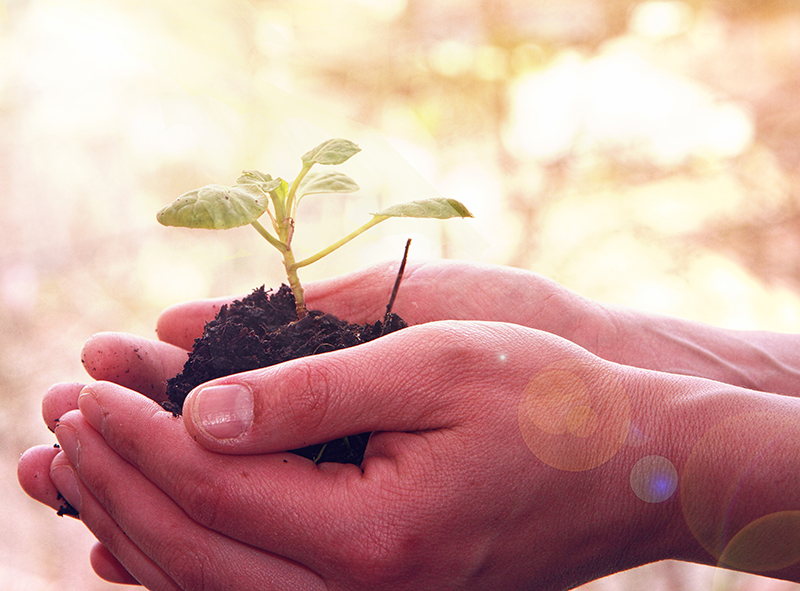 When I’m working with leaders stuck in a rut and struggling to meet their goals, there are often a few common factors holding them back. One of the most common is a misunderstanding of what visions are and what they are supposed to do. Here’s an example of how that has played out for one dynamic leader who did not understand why he hit a wall.

Gary is a second-generation service industry professional. His father built the family business from one truck and one toolbox to a strong, mid-range brand in their local marketplace. Gary has bigger dreams.

By all accounts, Gary is a dynamic leader, a smart, generous professional who invests in his people, his business and his community. He’s intensely proud of his family’s legacy in his community, and he guards that reputation with intense zeal. From the first time we met, I was impressed with his enthusiasm, drive and determination. This was a guy who was definitely going places. So, I was initially surprised when, about a year later, Gary called to say he was struggling.

Some years back, Gary’s father had stepped back from the business, staying around in a support capacity and giving Gary total executive control. Gary had been waiting for this moment. He had been watching all the explosive growth in a nearby city, and he was ready to introduce his brand to all those new customers.

Because Gary’s business was geographically limited – travel time cut into expansion opportunities – Gary decided it was time to open a new shop in one of the fastest growing areas. It would initially create some additional overhead, but Gary believed he could cover those costs, and then some, in new business.

He approached his dad with the idea, and Gary’s father expressed some hesitation. Gary pressed him, and his dad couldn’t really nail down why he wasn’t absolutely on board with the expansion. Gary decided “Dad” was just stuck in his ways, put together the funds and opened the new location.

Gary invested heavily in local advertising, and customers started rolling in. The new location was going gangbusters … for about a year. After a few months, business started tapering off, slowly at first, then faster. When Gary compared Q3s year to year, he was stunned. Right when his business should have been flourishing, new business acquisitions had plummeted. What could be happening here?

Gary wondered if the market was saturated… As it turned out, population growth statistics were trending up, not tapering off. There were more people moving in, month-to-month, than when he opened the new office. So, what about competition? There wasn’t much new to speak of in his field. One or two lone wolves, but no one new had moved in.

Gary called a meeting with his service manager, Manny, and his sales manager, Brenda. Manny said his guys were seeing one particular competitor’s truck in a lot of neighborhoods where they used to get “all the business.” He was concerned, though not terribly. “They’re in our industry, but those techs weren’t doing what we do. They were doing something else.

Brenda said her team was still receiving the same number of inbound calls, “maybe more,” however they were closing fewer than before. “Customers ask if we offer a particular service, we say ‘no,’ and they say ‘thanks… but no thanks.’”

“Maybe that should change,” Brenda offered.

“Three of our techs came from those other guys. They know that work,” Manny added, “There’d be some new equipment to buy, though we could easily recoup that expense just from the people who are asking for the service now.”

Gary glanced between Manny and Brenda. Clearly, they had discussed this before. That aggravated Gary. This was his family’s company. They did what they did, and they did it better than anyone else around. Gary thanked his managers and dismissed them. He sat at his desk, wondering why he was getting so angry.

To take his mind off his frustration, Gary pulled up a few service review websites. Since his company nearly always scored well, this was always great for Gary’s mood. Not this time.

Time and again, he read reviews that rated his company’s customer service as “5 stars” yet, overall, he was scoring 3s and 4s. He read through some reviews and a trend began to form. People wanted something in addition to the services he offered; and, because he wasn’t offering that service, they were going with someone else.

Gary closed the browser window and stared across his office at the photo wall, covered with pictures of his family’s business, growing through the decades. There, in the center, was his father, standing proudly next to his first new truck. Stenciled carefully on the driver’s door were the family name, the company logo and a list of services offered. A very short list. Three words.

These were the same three words under the logo on his current fleet’s vehicle wraps. Adding to that list was not part of his company success plan. He had a vision when he took over from his father, and it was the same vision he had when he opened the second location:

“We are going to offer these services better than anyone else.”

What he never factored in was that new people in the community were not really looking for those services. While his long-time customers still wanted them, his new customers had different tastes, different habits, different needs. But they couldn’t be that much different … could they?

And that’s the question I reflected back at Gary: “I don’t know … could they?”

I wanted to know if he had crunched the numbers, done the research. Did he know the facts, or was he trying to make them fit his current vision? As it turns out, the latter was true. Gary was a smart guy, a hard worker and an inspiring leader. He believed being the best would earn him the most business, head-to-head. And that belief did not include customers who wanted something different or something new.

For Gary’s new location to be successful, his vision would have to grow. He believed he knew what his customers were looking for, as well as what his business should be. He had a plan for numerical growth, not for lateral growth. And, if he did not make room for his company to grow laterally – to offer additional services – this new market simply wasn’t interested.

Are there any areas where a lack of personal or professional growth is holding you back? How has a new perspective, new skill or new opportunity increased your capacity for success? Share you story in the comments.