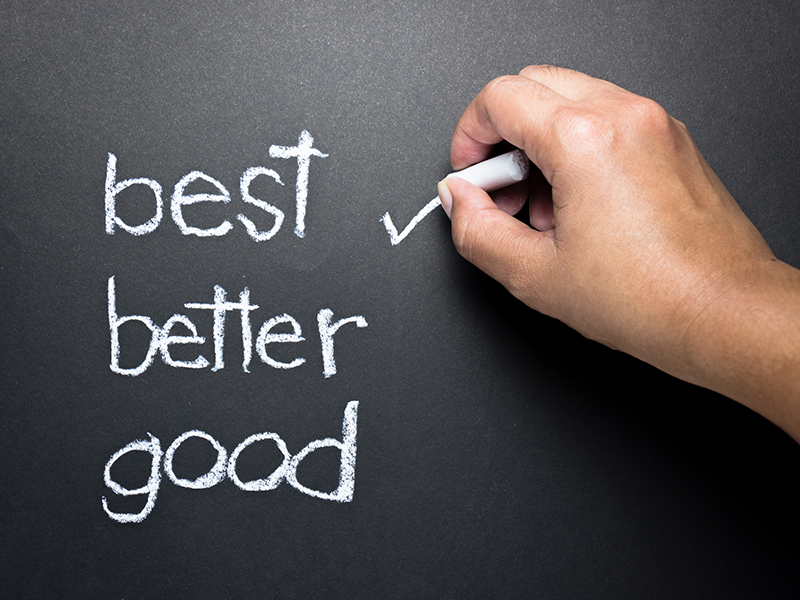 When you come up against a challenge or things aren’t going well it can be tempting to look at roadblocks and see mountains, to see pits to get stuck in and not hurdles to leap over. You begin to worry so much about getting stuck … you end up just as stuck.

Sometimes the biggest change you can make is simply to let go of something holding you back. For leaders, that can take the form of something you Just Can’t Fix. You tinker and work and troubleshoot and worry … but nothing really changes. When you do make progress it’s one step forward and two steps back. And that feeling of failure just increases your focus and intention on the fix.

“Being deeply contented … is a focused attitude.

It means practicing letting go of my obsession with how I’m doing … training myself to learn to actually be present with people, and seeking to love them.”

There’s a reason why a drug hit is called “a fix”. It speaks to the obsession, the overwhelming need and the constant focus on “getting that fix”. Ask any addict, when they’re sober, and they will tell you they “know” all they need to do is Give It Up. Most leaders fixated on The Fix will say the same thing. They will admit they’re shoveling sand on the beach … but the next morning that hole’s filled in, so they go back to shoveling.

Stopping that cycle begins with intention, with a shift in thinking. With a Giving Up, a Letting Go of something holding you back or assigning meaning to something that traps you in a cycle of negative or destructive mindsets:

The boss is unreasonable

Someone just doesn’t get it

The project is way off course

No one is willing to help

You can’t afford to hire someone

Instead of falling into this cycle of negative assertions, ask yourself: “What am I making this mean?” If the answer to that question involves defending or justifying yourself, you’re contributing to the cycle of Needing A Fix rather than advancing a solution.

What is there to give up about what you’re making it all mean, that, when you give it up, will allow for the possibility for a different outcome? When you let go of the “certainty” of the statement and turn it into a question, you are one step closer to The Answer, and not just obsessing about the fix.

I get that, and those objections are valid. Here’s the thing. Those objections won’t get you unstuck. You’re just repeating the problem, not addressing it. What can address the problem is the second “little change”. Forgiveness.

When you forgive, you are making a declaration, drawing a line. Putting the offense in a box and setting it behind you, so it can no longer get in the way. Forgiveness isn’t about condoning bad behavior or inappropriate action. It’s about freedom, allowing you to get “unstuck” and having the experience of freedom.

Make it a great day,